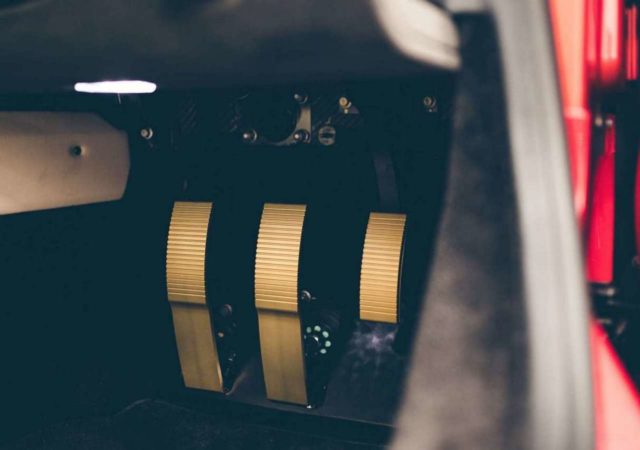 Probably time has come to start finally deliveries of the new TVR Griffith. It seems that TVR company could be last supercar brand to offer a manual gearbox. Speaking at Australian magazine Car Sales Aston Martin boss Andy Palmer spoke about the next Vanquish (2022) and said it will be available with a manual transmission too. “I’ve already made a commitment that I want to be the last manufacturer in the world to offer manual sports cars and I want to honour that commitment,” Palmer said. Well: it’s fair to say that TV Cars is already “running the risk” as the new Griffith HAS a manual gearbox with the so much loved clutch pedal. That’s why it would be really appreciated if Les Edgar would give deliveries his final green light.

It’s thought the Vanquish will use the same Aston-developed seven-speed manual transmission, which features a dogleg first ratio. The same ‘box is used in the V8 Vantage AMR that was unveiled in May. Unlike McLaren, Palmer says a carbon-fibre tub will be reserved for its most extreme models where owners are happy to sacrifice comfort for ultimate speed.

The same engine will be used in the Valhalla, but in this application will need to churn out 600kW-plus to be competitive.

When it arrives the Vanquish is set to be priced from at about €280,000 for the base model, with faster AMR versions and even a drop top Volante all confirmed to follow in the supercar’s tracks.