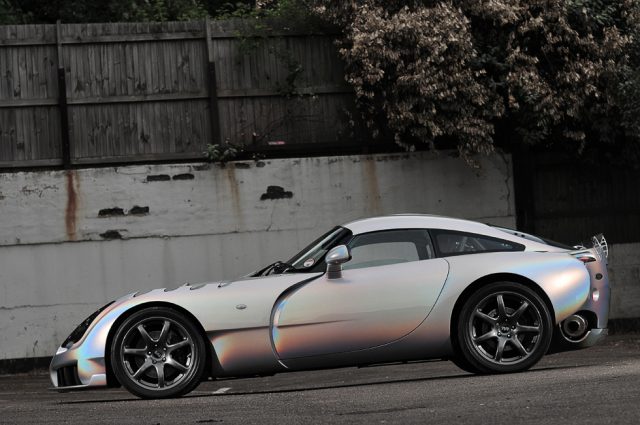 Thanks to his kindness, here is a brief interview of the owner of a very special TVR Sagaris, which was updated with an LS7 V8 engine.

1) Why did you decide especially for the LS7 engine?
The LS7 is the worlds most developed and advanced V8 though it is still using very well know technology. It has been very well proven in many different cars and the engine has continued to improved by Chevrolet throughout its lifecycle. It is the same engine that Topcats Racing run in three of their races cars and their knowledge of the engine is second to none in the UK.

2) If the LS didn’t exist, what engine would you have liked to be installed?
If I were not to put a LS in then I would have been interested in either a Ford V8 or even a BMW V8 out of the M3.

3) Was it an easy or difficult replacement?
I know it was not easy but it was easily within the capabilities of Topcats Racing.  The conversion was very well thought out with no short cuts taken and expense was not an issue to get it right.

4) Did the engine force to modify any part of the chassis?
The Chassis is just as it was when it left the TVR factory though there are new engine mounts welded to it.

5) How changes the Sagaris at the wheel?
The changes are predominantly the power which just seems endless in every gear. The balance of the car is as good if not better than it was with the engine now sat totally central in the car.

7) Do you think this could be the best engine for a NEW TVR?
Without doubt. Lots of individuals think it is not what should have been done but I am sure the landscape of the British Car Industry would be very different if TVR had adopted LS engines as I believe they would still be here today.

8) which is your favourite car behind your V8 Sag?
I am a big Porsche fan and have been lucky enough to own three RS models but to me a 962 Racer is my favourite car of all time.