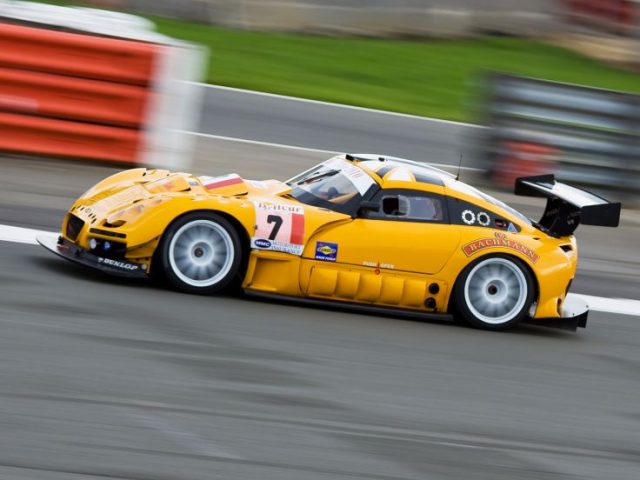 The MJC Limited entered Ferrari 430 GTC won the 2010 Britcar 24 Hours (full story HERE) on Silverstone Circuit. But the good new is that a V8 engined TVR Sagaris entered bu GTF completed the race. It was the first TVR to perform this result at Silberstone and the only TVR to complete a 24 since the T400Rs at Le Mans.

Gary Lindley (GB) and Tim Hood (GB) had some troubles during the battle: a suspected gearbox (noisy) so they came in and changed it but on investigation the gearbox would have been OK for the duration; some minor stuff with electrics bought them in again wipers/demisters and an ECU, due to the fact that its a race car and it was p1ssing down for practically the whole race…but they’ve now had a chance to check everything over before loading up and everythings fine. And they succeeded!!