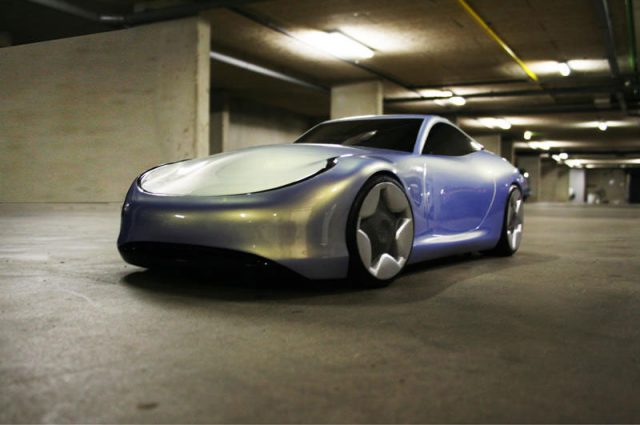 Dutch designer Niels van Roij created the TVR Artemis as his graduation project at the Design Academy of Eindhoven. He designed both exterior and internal cockpit.
He was inspired by what it calls the typical TVR DNA: its feminine curves. That’s why he called it TVR Artemis. Artemis is the Hellenic goddess of hunt, childbirth, virginity and fertility.

This futuristic project of another possibly future TVR (recently we talked about the TVR Sonitus) has its most important feature in the engine: four in-wheel electric motors powered by fuel-cells that turn hydrogen into electricity.

This solution offers low weight, because of the lack of heavy engine and fluids, and a quick acceleration because electro motors deliver instant power. In the engine bay a spoiler system can be found, providing downforce. The air coming in at the front of the car is being directed over this spoiler. It also feeds the fuel cells and the in-hub motors for cooling