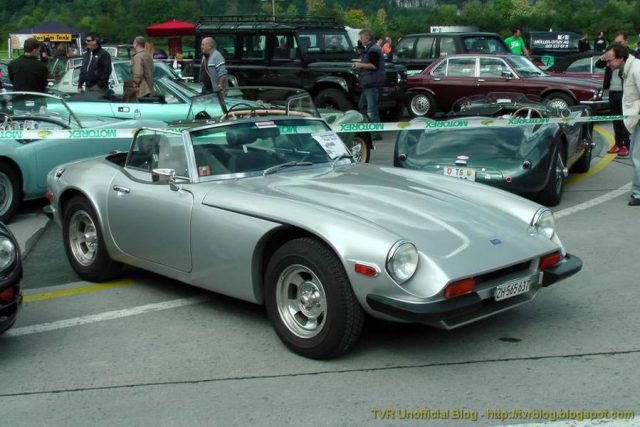 Switzerland has a great tradition of British cars. Every year there are two meetings, which are open to all brands. The first is at the end of August in Mollis on a small airport. The second one is at the beginning of october in Morges on the boarder of the lake of Geneva.

Normally there are about 1500 cars, MG, Triumph, Jaguar, Austin-Healey, Lotus and a lot of others – also some TVRs.

At Mollis event, on last Aug. 29th, there was a small but fine selection of these Cars. So we have seen a TVR Grantura, an open and a closed TVR Wedges, two TVR 3000S convertible, some TVR Griffiths, some TVR Chimaeras and a TVR Tuscan S MK1 (note: it’s a Left Hand Drive!).