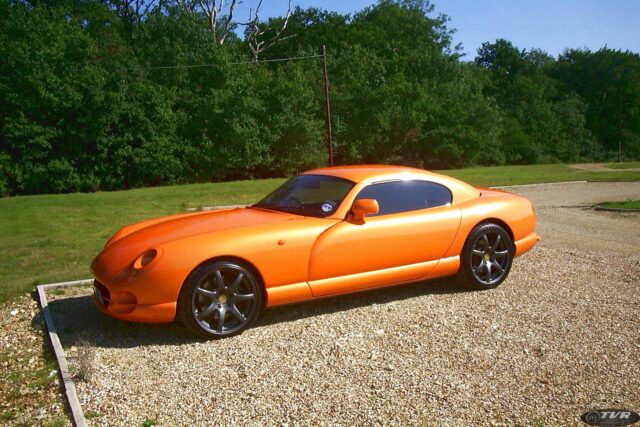 A passionate gentleman sent me some images of his gorgeous Cerbera 4500 MK II, one of the first built in 2000. Not mentioning for a second her fantastic colour, interestingly this great example would be one of the extremely rare Lightweight version. I took the chance for a small interview:

I was the second owner of number 14 in your Register. I owned it between summer 2003 and spring 2004 and I can confirm that the car was the Lightweight version.

I have never heard about such a small number of lightweight cars being built so I have no idea if it is true or not. The only reason I know mine was one of them was because the TVR dealer I bought it from told me when I asked why there were no sun visors fitted (it was one of the weight savings). I think this dealer sold it to the first owner which is why they knew how much it cost at the time.

The original owner bought it in 2000 for £54k. Besides the Lightweight style it also had factory fitted sport exhaust and colour matched dials on the dashboard.

Considering I had one of the early MK 2 cars produced in 2000 it would make sense I got the real deal before they gave up due to difficulties.

The sound of the engine with the factory fitted sport exhaust. When you started her up there were flames shooting out and the neighbours car alarms would go off.

The acceleration and the ride, the faster you drove, the more she stuck to the road.

The quality was unfortunately really bad and the main reason I only had her for 9 months. By far too many visits to the garage (dead battery, air in the cooling loop, bad potentiometers in the carburetors, ceased bushings and more). Not what you would expect from a car that was 3 years old. The handling in the wet could have been a lot better.

She reached 186mph with more to give. Fun fact, at 170mph the air ventilation can’t hold back the air pressure from the outside so you get quite a storm inside the car.

A drive in the British countryside where a pair of motorcyclists were rather surprised that the TVR could keep up with them.

Expensive and too frequent.

As I wrote several times it’s not clear how many units have been built. I created the Register of the Cerbera Lightweights but I miss an official confirmation. 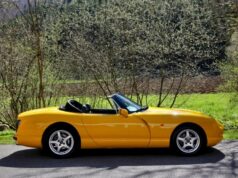