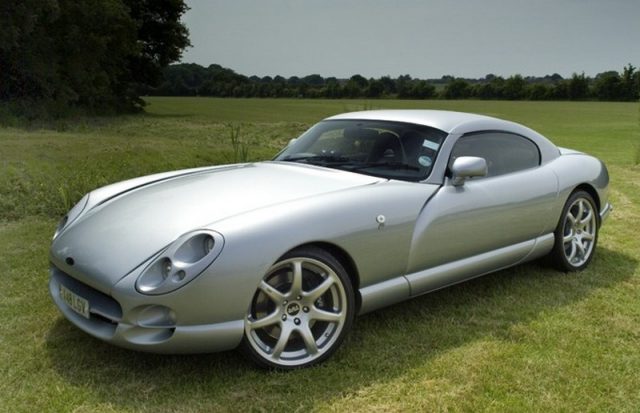 The question is very simple: You’d love to have a TVR. But which one? There’s in this difficult matter who makes a difference between two big kind of TVRs: Speed Six and AJP V8. Assuming that you’ve been scared by the Speed-6 engine you’re sure (YOU are sure!) that it’s too expensive for its maintenance, you might be almost sure to try to look for a Cerbera with its mighty V8 unit. Now the question is here again: how is its reliability?

Here are some opinions (of course they come directly from some owners) on this TVR:

1) The 4.5 is a V8 with steel bottom end. They have proved very reliable and tend not to suffer from any kind of catastrophic failure. If well maintained they have been known to last over 130k miles. The usual point at which they need a rebuild is when the oil consumption gets high rather than going with a bang. They are not over complicated engines. Any competent engine builder can overhaul one, but I do mean competent and unless you are really determined to get it done cheap find someone with previous experience on these engines. Rebuild costs depend on several factors. If you are a diy sort then you can rebuild one for change out of a couple of grand, if not you can expect a bill in the 3-5k region typically. You can pay a hell of a lot more but I’m tempted to say some of the people who did were seen coming or in some cases had significant mods made during the build. For example: Big ends and mains are standard rover parts at about £100 for a full set. Oil pump internals are around £55.00 Cylinder liners about £200/set Cams around 300 each and 16 followers about £350 All the oil seals and assorted roller bearings are off the shelf standard stuff. Timing chain is £50, tensioner about the same again IIRC. Head gaskets £50 ish each the alternator is a rover part at about 100.00 The starter motor is a bit special and will run you £280.00 if you need one. A clutch is circa £400 + fitting and it likes clutches, if the slave cylinder goes add another £280 if it’s totalled and £30 if you can get away with just the seals. TVR Power can even do a complete block for £500 + VAT That’s most of the big ticket items so it’s not too bad really given that my mrs’s Honda 4 pot diesel engine was 5 grand when I stuffed a rod through the block and a clutch was near a grand fitted on the same car.

2) As everyone will tell you, The costs of running your Cerb will depend on:- 1) How well it was maintained before you purchased it 2) How well you maintain it 3) Luck 1) Have a look at a few, drive em’ (You might not even like that !) Check the history and take details. Contact the previous mechanics and see if they remember the car or have ‘a feeling’ about her. 2) There are a vast range of Technical capabilities out there and charges are not necessarily indicative of the quality of workmanship. As you live in London, I would expect you to have to pay £1500 quid for each 12000 mile service and £700 for each 6000 mile service. Your mileage will then control your total expenditure. 3) Pray it’s good ! Here come the adages. Cerb’s are special; so are the people that run them. I’m already worried by the strong, but false, statements you have made but now is as good a time as can be foreseen (financially) to go out there and become a special sort of person. Lost of 3) Don’t be overly worried about AJP8 engines being pretty noisy when cold. They have tiny skirtless forged slipper pistons which slap about when cold as they expand at a high rate. Once warm it should be pretty (mechanically) quiet though.