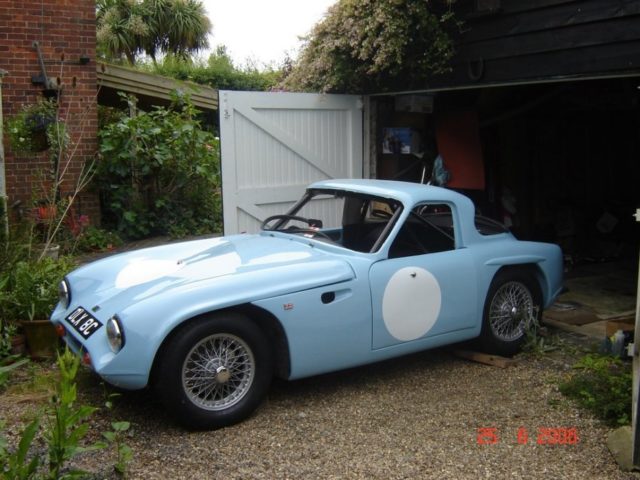 In 1962 the prototype of the TVR Grantura Mk III had been built using the Thurner chassis. Trevor Wilkinson resigned and a works team took part in the Le Mans 24 hour race with a spectacular lack of success.

The Grantura Mk III brought around the first major redesign in TVR’s history. A completely new chassis was graced by a new, but familiar body shell. The new chassis was an improvement in every department over the original. Designed with rigidity and strength in mind, it was a sophisticated space frame chassis. Replacing the stiff VW suspension were upper and lower A-arms all around, complimented by telescoping shock absorbers. A wheelbase increase of 1.5 inches meant more stability and interior room for the new car. Much running gear was speced from the Triumph shelves, although many suspension parts were made in-house. This sophisticated new chassis would serve as the basis for variousTVR models for the next 10 years. Despite this dramatic new car, TVR was in dire financial trouble, and production shut down completely for a period, and thus Mk. IIIs were made slowly as money came in. Only about 90 were produced.