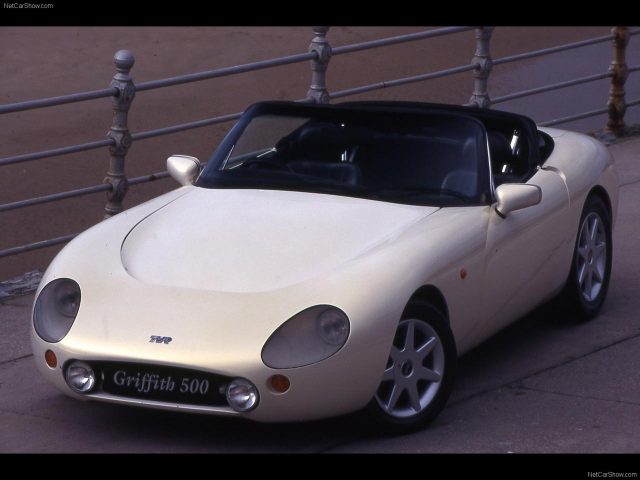 Clothed in lightweight fiberglass body and mated to a powerful V8-cylinder engine from Rover, the TVR Griffith 500, the last evolution of the British brutal roadster from Blackpool brand, was officially introduced in 1993, after the TVR Griffith 4.0, 4.3 and 4.5 (presented in 1990 for the first time). It received a light facelift: driving lamps now incorporated into the air intake recess and OZ wheels.
Thanks to a new increase of displacement, now taken to 5 litres (4.988 cc), the new car was capable of 340 hp @ 5.500 rpm and 430 Nm @ 4.000 rpm. Launched in August of 1993 Autocar magazine even accused it of having too much power.