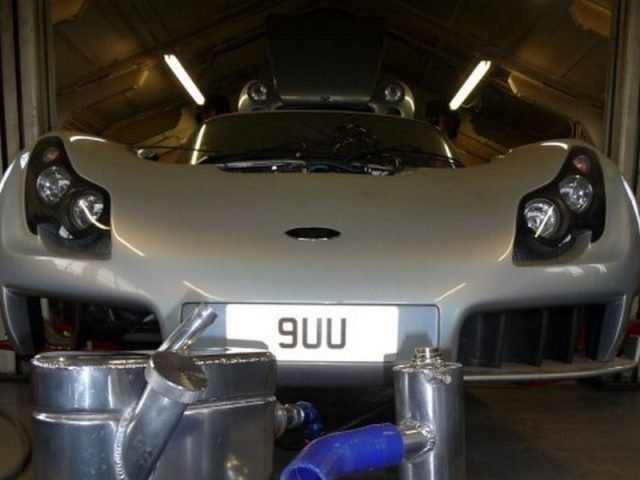 Topcats Racing decided to exhagerate. Westcott’s garage (already runs a Mosler MT900 in the British Endurance Series) had already installed a LS3 V8 into the engine bay of a TVR Cerbera (only one question: which is the problem with the gorgeous AJP V8?). Now people at the factory want to show what they can do before Mr. Smolensky will show us the new TVR roadster (on display at Goodwood in the beginning of July 2010).

The LS7 engine with 7.0 Litre is normally hosted into a Corvette Z06. When it’s finished, the LS7 Sagaris should pump out well over 550bhp.

Now the question: who will dare installing the LS9 engine (Corvette ZR1) into a TVR? Maybe it will be new TVR roadster we’re waiting for?