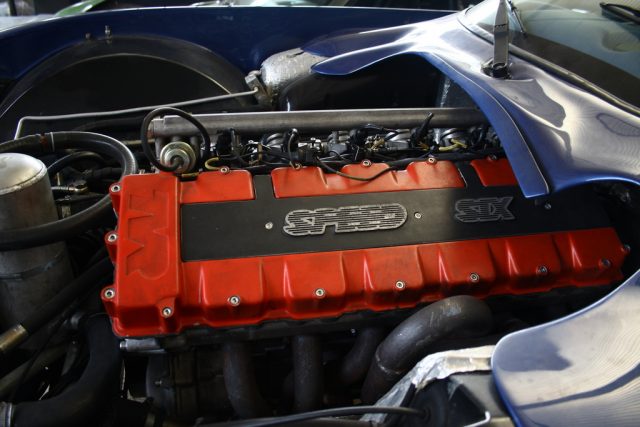 In my opinion a very interesting question: “why TVR produced a 3.6 engine?”. Of course, I would need an answer directly from an ex TVR Motors Limited’s engineer (if anyone reads TVR Unofficial Blog and would like to give an official answer, email me!). So here are some opinions.

First answer: “The 3.6 gave them a more ‘entry level’ 350bhp engine to go into the new lower-cost TVR Tamora family replacing the TVR Chimaera. Of course that’s largely just marketing, since as you say the real world performance is very similar to a 4.0, regardless of the on paper claims, and the price of the TVR Tamora family wasn’t a great deal less than the TVR Tuscan. It could also but hypothesized that it was a reflex reaction to the 4.0 reliability problems, returning to a capacity closer to the original 3.5 litre Speed 6 design”.

Second answer: “The smaller engine makes its power further up the rev range so if that where it is generally used it would give the valve train an easier time. The nose of the cam where the valve is fully open is where it has the geatest loading from the valve spring . At low rpm opening you are pushing the mass of the valve train and compressing the spring. At high rpm the valve is decellerating as it gets to the nose of the cam decreasing the load on the cam and follower.That is the momentum of the valve , retainer and follower are working against the valve spring taking load of the cam lobe.I hope i have explained this well enough”.

Third answer: “The move from the original 3.6L to 4L was due to the 3.6’s power delivery being rather too different to the V8’s. The stroke was increased to improve the torque and the early cars were all 4 litres. The Tamora was introduced with a 3.6 as the 3.6’s power delivery is dependent on rev’s and therefore ‘feels’ easier to control for the Tamora’s target market. Truth is the 3.6 is a rev crazy hooligan so it’s all relative. Some say they could tell little differenc between the engines, others think the difference is very noticeable. You have to factor in build variation, driving style and power delivery preferences into what you hear”.