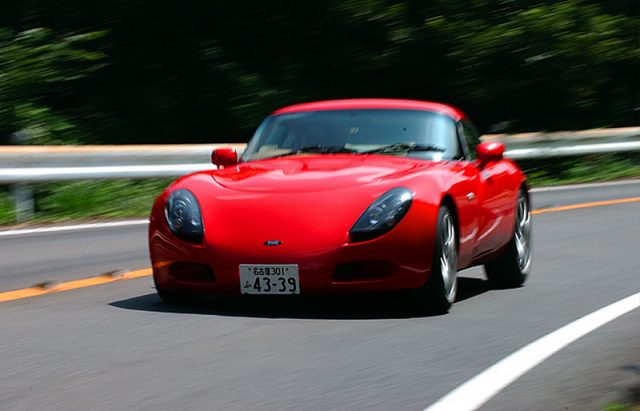 If you would like to buy a TVR T350 you might like to receive some tips regarding the Year, the mileage and, of course, the most critical part of the car: the Speed-6 engine.

Here’s what we found just attending the most important opinion: that from direct owners!

1) a T350 owner suggests to purchase only units from 2005: I picked up a very nice 05 plate with 13K on the clock for £21k ish so don’t think you have to limit your search to older cars. The concensus seems to be that 05 onwards are the best engines as improvements were made in 2004. If a car has had a rebuild since then the improvements will have been included in the rebuild. Buying an older can that has been loved by some of the users on here should not be too much worry. Rebuilds can be up to £6k AFAIK s warranty is a great idea (mine has a 3 year werar and tear warranty, Racing Green supplied the warranty originally and it can be added to the car if it passes the inspection and is not too old). My advice is buy the best you can afford but make sure you are covered if it does go bang. It is a great car and talk of rebuilds skews the reliability unfairly IMHO.

2) £6K every 5 years, a new clutch every 20k mph: “Very variable on the engines, and how they have been treated. General concensus seems to be that post 2004 most of the issues were ironed out, but I guess you can still be unlucky. £6k every five years is about what a warranty will cost you, so you pays your money and makes your choice! I’d expect a clutch at 20k miles, mind, though seemingly better replacements are available”.

3) A very very interesting opinion: “Early Speed 6s had finger follower problems. Resulted in VERY high rebuild rates, usually at significantly less than 20,000 miles. (Some great stories of cars making it no further than off the back of the delivery truck). Many that got rebuilt then needed a second rebuild at around 20,000 as the valve guides wore out. That’s largely pre mid-2002 stuff – doesn’t really affect T350s, unless they happened to be built with an old engine lying around the factory. Later engines – especially the less stressed 3.6s suffer a lot less. Lots will still have rebuilds, though, at mileages you’d not consider “normal” for any other car. 20,000 miles on a 2003 onwards factory-engined (original engine build) isn’t unexpected – things like half time bearings, etc. You’ll see less of the rebuilds on much newer ones – there were ongoing tweaks at the factory (some of the things just weren’t REALLY addressed, though), and the newer ones are at lower mileages in general so hence would never show the same numbers yet. They are all a lot, LOT better than earlier ones, though. One rebuilt now/relatively recently at that mileage should then be fine for a good long time. I’d personally get one that had just been rebuilt. Period. Others will argue that their engines are absolutely fine. Impossible to say who’s right/wrong on any given engine… But the chances of one rebuilt more recently one lasting into old age have got to be better than an older engine. Warranties: yep, you can get some to help cover for this stuff. You can buy many of them direct as a consumer, couple of others the garage will need to do an inspection for. These are all particularly expensive, though. (~£1500 a year for the one I’d previously have recommended) The “better” warranties there generally won’t fly on a car more than 5 years old. Buy a car with a rebuilt engine and you’ll almost always get a warranty on it, though, saving that bill entirely.”

4) Another one lighting opinion from another owner, who thinks that a rebuild of the engine is a great thing: “The later the engine/the later the rebuild, the more that’s likely to have sorted on it. The problem with buying, say, a 2004 car is that it could well have a significantly earlier engine in it depending on what was lying around in the factory. As for problems/rectifications of these on new engines – the followers were a lot tougher as of mid ’02 to compensate (but the fundamental design issue’s still there), the valve guides were sorted around the same time… but that still does leave some quite common problems. Good example would be the half time bearings. Much more variable on mileage; mine went at just over 20k miles, other last into the 30s, etc. It’s just not a “common” enough engine to know what all the faults are going to be from the small sample size of higher mileage cars. The best thing about the rebuilds is that it generally means that you’ve got a warranty on it for a good couple of years, whatever goes wrong. Second best thing is then that you know it has been pulled apart, looked at, and at least the weakest/worst components replaced… it is just a bit of a gamble otherwise, even on cars that have been *impeccably* looked after. Nothing to say you wouldn’t have an utterly trouble free engine… but having had cars Tivs off the road for almost 9 months whilst queueing for new engines, and written cheques for five figure sums in total for the engines, I’d certainly not risk that again!”.

For many more tips, HERE is the thread on PistonHeads Forum full of useful suggestions.