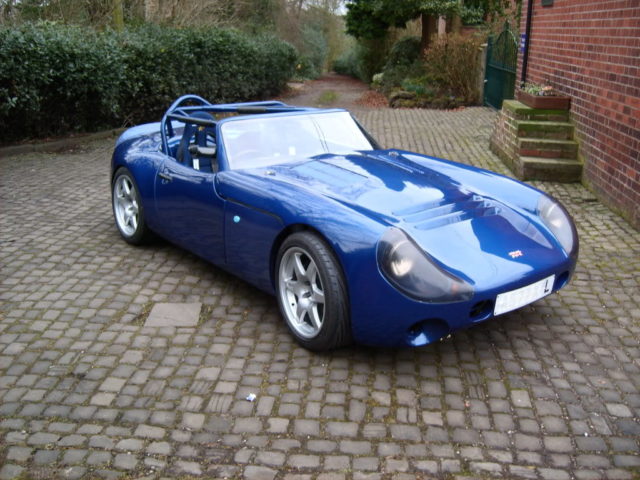 TVR of the TVRs: a race car converted into a road going version. I’m afraid that the only way to hit the streets with a race car is to be an English or German citizen. What’s more terrific than the chance to drive from home to the office a real race car with a city plate? That’s has happened with a TVR Tuscan Challenge Race Version which has had minimal modifies to become a city car easy to park. A race car is the massive expression of a car. Cars, in the early 20th century born as race cars. And how we can forget the noble category of gentleman drivers? Those fellows, who owned Ferrari, Maserati, Porsche, Aston Martin, drove their car basically along the city streets but in the weekend, with the same car only with race number added, they won in the main races of their country. Sensational!

We’re sure such a thing won’t ever be possible in Italy, where you can find one of the dullest legislation in the world “against” cars. Fortunately, they let us homologate TVRs without problems.

Here are the own words of the owner of this incredible TVR Tuscan to whom we’d like to build a monument for his passion: “after a few years hard work my tuscan challenge car is ready for the road. was rebuilt from a wreak that had not moved for 5 years and yes it will be used in some sort of competition. I expect the first year to be taken up with development as every test run shows up something. engine is tvr power teraka rover 500”.