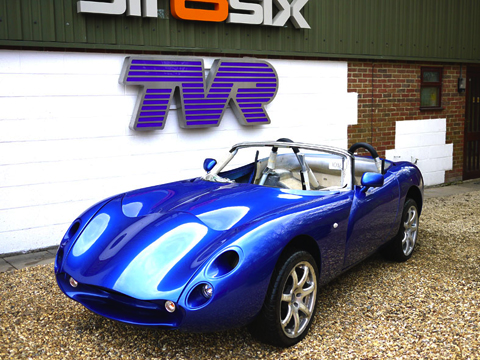 I won’t ever be sick to remind you that passion for TVRs is so special that, despite the factory closed in 2006 and Nikolai Smolenski hasn’t decided yet to restart production, there are several garages that keep up TVR operations: they do service, and develop TVRs. But keep you’re eyes open as there are also funny chaps who promise you to sell you a real TVR. Comical!

One of the REAL TVR garages is Str8Six in Oxfordshire (Great Britain) which is managed by former TVR people.

They’ve currently a TVR Tuscan MK3 Spider under works. Be sure, if you could be interested, that this could be considered as “real”.