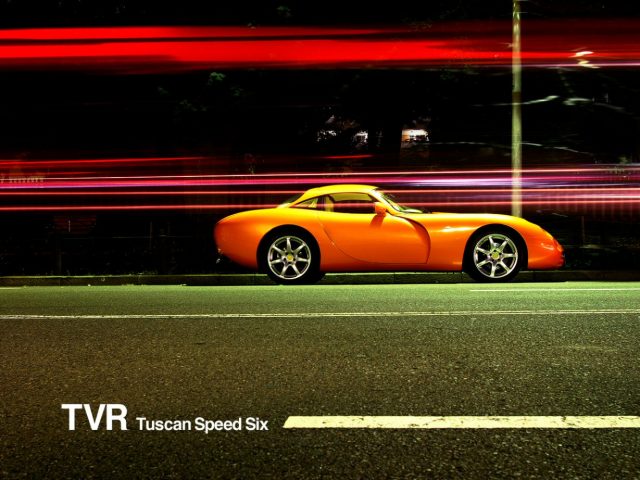 After my digression on TVRs in white (and the update) I find interesting to explorer some other sceneries.
Orange is one of the rarest colours in Italy. It’s quite impossible to see it, most of all on supercars (I succeded in crossing the path of a Porsche 997 GT3 RS or a Lamborghini Gallardo but only because it’s heavily recommended to choose them in this paint) while on city cars there are some shy attempt. I’d like to see an orange Lotus Exige, an Audi TT, an Alfa Romeo Brera or a Seat Leon Cupra. It would be a serious demonstration of courage.
Towards TVRs there’s some simpathy: here in Italy arrived at least two cars (a wonderful TVR Tuscan S Mk1 which now is in Belgium and a TVR Sagaris which should have been recently sold. Both with black wheels). Elsewhere it seems that the orange is the favourite color for TVR Sagarises’ owners.