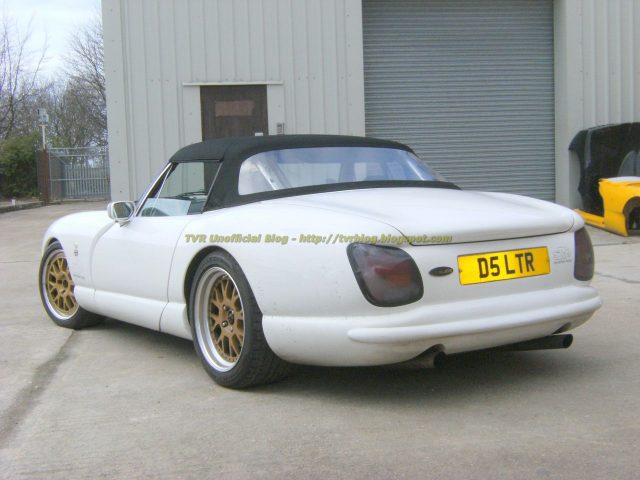 After I published some images of cool TVRs in white paint I received some emails from proud TVR owners who ask for their justice! So here are some more TVRs in white:

The first one is Mr. Darren Smith’s 1998 Chimaera 500, taken at its home at the Factory earlier this year.