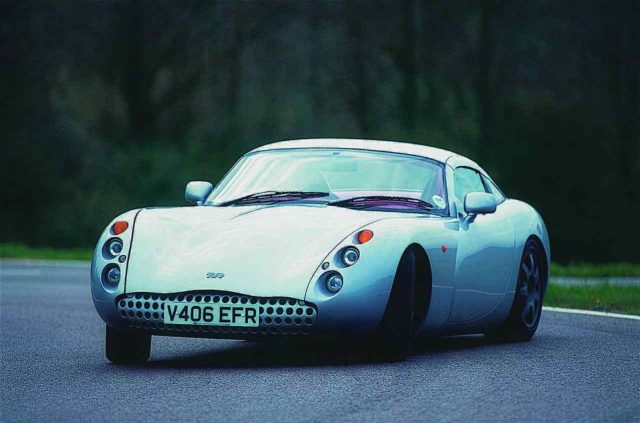 Maybe a complex performance test. But maybe this could be even a prototype of the TVR Tuscan as suggested by the sticky tape on the front grille (are we wrong? Tell me the truth!). We already covered the mystical subject “Prototypes” talking about two pre-production prototypes of the TVR Sagaris: one is the dark grey car (which is said was dismantled) and one is a orange-red car, which is still in existance and owned by an English enthusiast, a representative of the fair-sex.