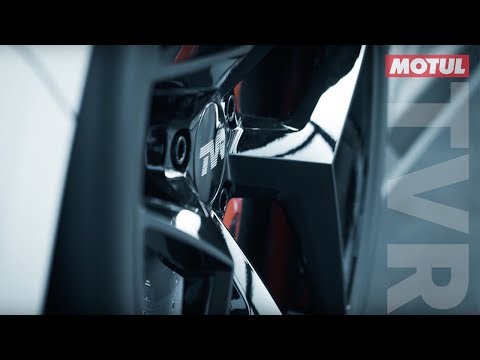 Few days are left. Then the niche of supercars will be different as TVR will be again in the arena with the new model. Official reveal is headed fot september 8 at the Goodwood Revival Festival.

Waiting for the unveiling of the car, Motul informs us that it teamed up with TVR as official supplier. The V8, front-engined car will have manual transmission and rear wheel drive, and will be powered by Motul’s fully synthetic 5W20 engine oil which has been fully tested and approved by TVR. It will feature the marque’s superior styling and be hand-crafted rather than mass-produced. Furthermore TVR will use all Motul products for  gear oil, differential fluid, brake fluid and refrigerants.

The teaser video (see below) uploaded by Motuls shows some interesting parts of the new car: the chassis and the front suspension.

Arnaud Laire, General Director at Motul Group: “Needless to say, TVR and Motul have a lot of points in common which is why the partnership was natural and obvious from the very first beginning. After a few months of technical development, now we can’t wait to unveil to TVR fans around the world the brand-new model“.

Les Edgar, President at TVR Manufacturing Ltd: “I am delighted to be able to announce our close collaboration and partnership with Motul, a recognised leader in high performance lubricants. In all areas of our new TVR, we were adamant about partnering only with the very best, to deliver an outstanding performance car to our customers. Motul shares our passion for racing and excellence, with their lubricants contributing to the exhilarating performance of our engine and our vehicle. During our development stage, we have already felt the significant benefits of partnering with somebody who is particularly experienced in motorsport and delivering to a very high standard. The contribution made by the lubricants to cars in general, and the well-being of high performance cars in particular, is enormous, but sometimes under-estimated by the consumer.”
“. 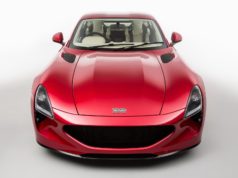