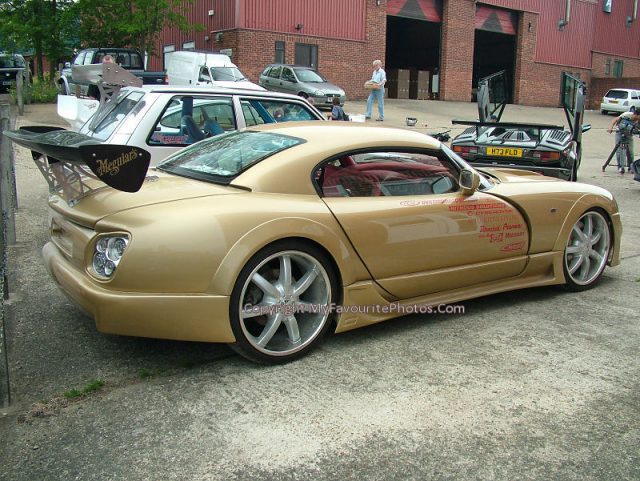 The alternative way to create another sort of TVR Cerbera Speed 12 is the astonishing TVR Cerbera Carisma. This car was created in 2003 and introduced to the public during a German tuning show.

That car probably wasn’t for sale. Tuner spent £80000 modifying it after buying it second hand for £20000. Thanks to a nitrous oxide injection (Charisma acctually did nothing to the engine except bolt on a 200 shot of NOS), the V8 AJP engine gave 700bhp (550 without). The cockpit of the car was completely modified into a very baroque style. 0-60 in 3.1 secs (or 3.9 w/t nos).

This interesting creation (but of course I prefer the totally original car) was reviewed on Pistonheads too.

thanks to: Christophe from Bordeaux (F)