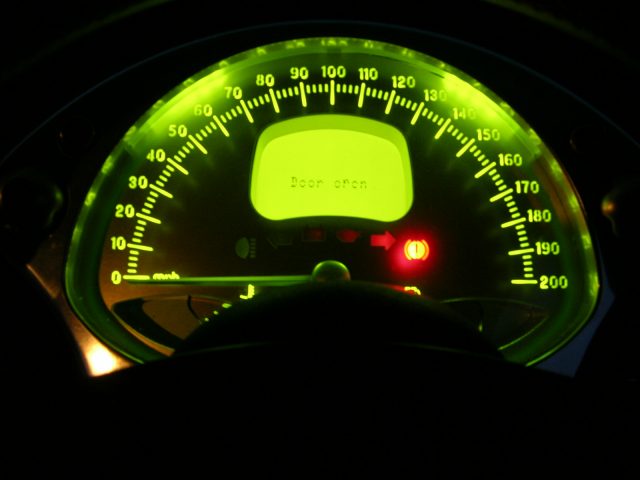 We all know the obvious things to like about a TVR – the noise, the power, the looks, etc. However, sometimes it is the smaller things that put a smile on your face. Here are some opinions:

– the idea of having the door locks contained in the body rather than the door [TVR Griffith]
– the door handles on the transmission tunnel [TVR Griffith]
– Eighties gauges; the speedo & techo starting at 2 o’clock in my precat
– The gear lever and tunnel height is perfect
– The floor hinged pedals [TVR T350]
– The deft push of the button under the mirror and the clunk of the door opening
– The steering wheel. Not needing the cross my hands for all but the tightest of corners, and having all the important controls right at my finger tips
– It’s the positive attitude of the general public toward the car [TVR Cerbera]
– The sense of anticipation from the sound the wedge makes turning over on the starter just before it actually fires up
– The slash cut tail pipes
– All those little beautifully machined bits of aluminium
– The smell when you first get in
– The door openers under the mirrors
– The smell when I get in
– The start-up malarky
– Then the noise
– Working on the inside of the car, getting really frustrated, and then smiling at the permanent marker scribblings from the factory that you discover behind the fixtures and fittings
– the amount of throttle travel
– The fact that I wind my own windows down to listen to my own car when driving along, before anyone starts obviously in the rain otherwise the top would be off.
– Going into 5th before reverse
– The sound of the engine ‘ticking’ when cooling down after a run
– Going out to take the hatch to work and then having to go back in and get the TVR keys just because I saw it
– The start up sequence of fuel pump and dials – makes you feel like you’re in a spaceship
– The “TVR” factor…when you are behind someone in the outside lane they tend to move out of the way when they see a TVR in their mirrors.
– The way that the man from the AA looks at it before saying “we don’t get many of these”
– the pump priming, then the whirring of the starter turning the engine over (for some reason it reminds of an aircraft engine starting up) and of course the big roar as it fires into life [TVR Chimaera].
– I love the fact you have to open the boot to put the petrol in and when your at the petrol station having a quick look under the hood everyone thinks you’ve broken down.
– Driving in town and seeing the reflextion in some plate glass window and thinking i am a lucky bugger.
– I love the way that you need to have a tempestous relationship with the car, not just own it [TVR Cerbera 4.2]
– That 30mph in 2nd gear produces lovely pops and bangs or 4/5th gear produces lovely burbles. Even town driving is fun!