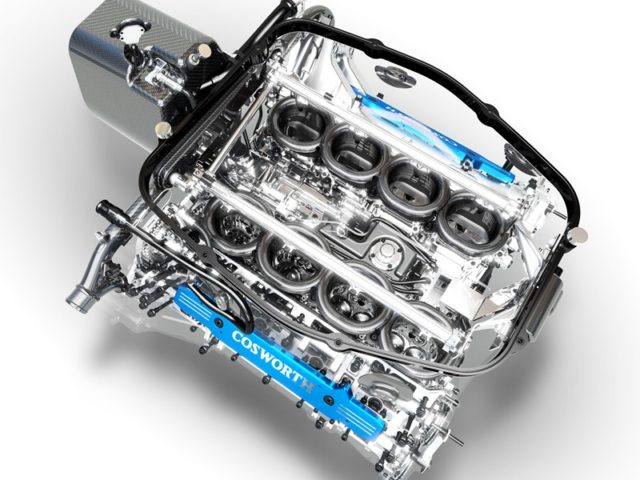 As recently stated HERE the new TVR will be equipped with a Cosworth engine. In Cosworth’s homepage you can read that “Cosworth will develop and engineer a normally aspirated, dry-sump V8 engine to support the new car, which will consist of a front engine with rear wheel drive and manual transmission”. Bruce Wood, Cosworth Technical Director said: “Our team has been working closely with TVR and Gordon Murray Design to develop a powertrain solution that perfectly complements the exceptional performance characteristics of the new car“.

Said this the new engine would mark only the “first step” in the lineage of the new TVR models. This strategy sounds compulsory under the current market scenery: from the Porsche 911 to the 911 Turbo S, from the McLaren 540C to the 720S, from the Ferrari 488 GTB to the – so called – 488 GTO, from the Lamborghini Huracan 580-2 to the Performante with 640 hp.

As it happens in McLaren (where the M838 engine is used on the whole product line, from the 540C to the P1) we should expect that the new TVR’s V8 Cosworth will be used for multiple versions with higher and higher performances (with the help of turbochargers too). So TVR will count on a wide product catalogue starting from the entry level model to more expensive and better equipped versions aiming to satisfy multiple needs. Probably Mr. Les Edgar will crank out a “S” version and, of course, a Red Rose pack. And don’t forget that we all hope that TVR will enter the motorsport arena again.

Do you agree? Any different opinion? You know something interesting? Drop a comment for me and other TVR enthusiasts.