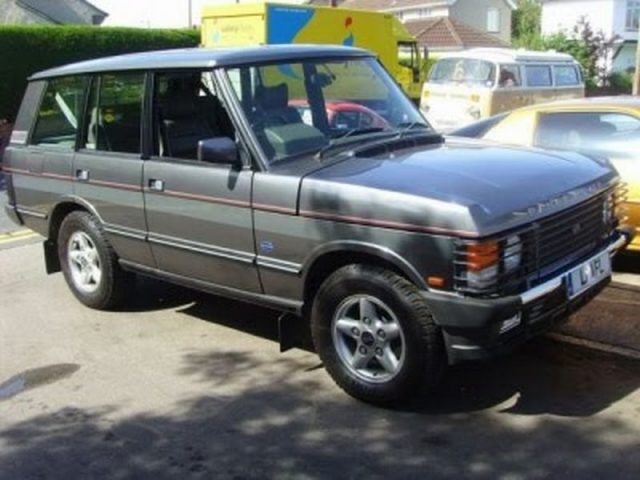 There are the Lamborghini LM002 (with the Lambo Countach’s V12), the Porsche Cayenne Turbo S (V8, twin turbo 540 hp), some unique Mercedes G Class with the SLR engine (616 hp), the legendary SUV Bentleys made for the Sultan of Brunei, the Italian Fornasari and so on… In all these situation the effort is always the same: try to add the skates to an elephant and see the result!

But also TVR was (unofficially) involved in such a curious project: a very powerful engine onto a tout-terrain veichle. In the mid 1990s some TVR engined Range Rovers and Discoverys were produced with the bless of Lord Lichfield. They had TVR badges and used 5 litre Grffith engines detuned for high torque rather than outright power (claimed 290 bhp/340 ft lb). History speaks about a TVR Discovery too. Fitted with a Griff 500 the Disco was built by TMS Specialist Vehicles in Melton Mowbray, then a Land Rover dealership which added TVR to its portfolio. Lord Lichfield, who lived nearby, put his name to the conversions which were exported globally.

If you would like to make the difference you could try with a Range Rover Sport and the mighty AJP V8. But highly reccomended to add the wing of a Chaparral 2E to try to glue the car to the tarmac!