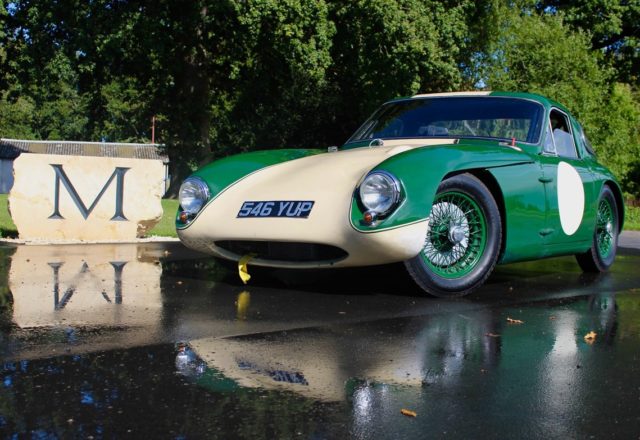 Finally in 1958, after 11 years of small-scale car production, Trevor Wilkinson, who has founded Trevor Motors in 1947 whose name changed into TVR, located in Blackpool, had reached a good quality standards in the production of light sportcars. So the chance to built his own car had grown up. A new car was designed, giving it the name of TVR MK1. The TVR MKI had become the first true series production car built by the company. This very small coupé was based on his home-made chassis: a tubular frame structure which had a great stiffness, over which a glass fiber body made from Grantura Plastic with a very special shape was built: long nose and wraparound rear window. It’s due to the factory which made the body shell itself if at a certain moment the TVR MkI has been renamed into TVR Grantura Mk 1.

The first unit of the new TVR Grantura Mk 1, following some enthusiasts’ claims, seems to having had chassis number 7/B/101 (the second one was chassis n. 7/A/102). Building up the production line, all cars were fitted with many parts coming from other brands: Austin Healey brakes, VW Beetle suspension parts (they were all indipendent and due to their good quality, they don’t need to add an anti roll bar) and rear axles. Some elements of the car changed from time to time so, for example, several engines had been used: customers could choose side or overhead valve engines from Ford (sometimes equipped with Shorrock supercharger), a Coventry Climax unit or even the MGA B-series engine.

Various detail changes were made as the car was constantly developed. The TVR Grantura Mk1 was built between 1958 and 1960, and a total of near 100 units were built.

Notes: you can recognize easily a TVR Grantura MK1 by looking at the rear: the lights are very close to the city plate. Here are the engine which commonly you could find into the engine bay of the car: