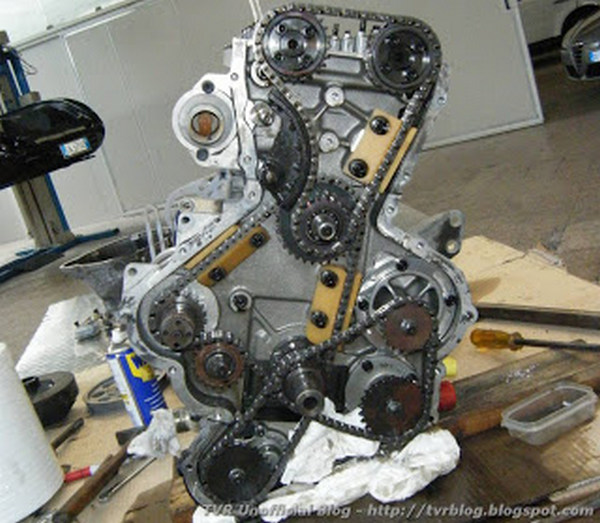 Two days ago, in Episode 1, I showed you the problem: the owner of a TVR Tuscan S Mk1 blew the cylinder head gasket of the Speed-6 engine so UK Garage staff (www.ukracing.it) started to look after the unit. Now, thanks to the fact the engine was dismantled, here are some cool images about the main parts of the Speed-6 engine. So we start from the chains.

As you can see, a Speed 6 engine has four chains: the first three are operated by the crankshaft and are settled in the lower part of the engine. The 4th is located in the upper part and it’s operated by a free drive which is connected itself to another one chain.

FIRST CHAIN (image below): it’s located in lower part of the block, on the left: it drives the oil circuit and empties the oil tank. 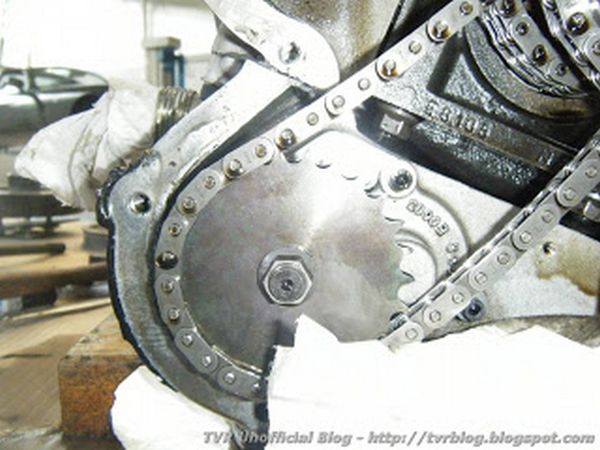 SECOND CHAIN (image below): this chain is located on the right and has two different functions; the lower wheel operates the oil pump giving adequate pression to the oil circuit. The upper one operates the water pump. 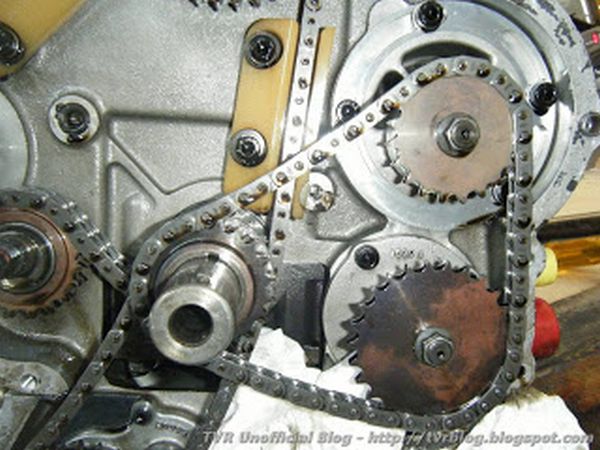 THIRD CHAIN (image below): the third chain drives a free gear on the top which can let the motion start in a higher position. But, on the left of the block, it drives the alternator and and the a/c compressor. 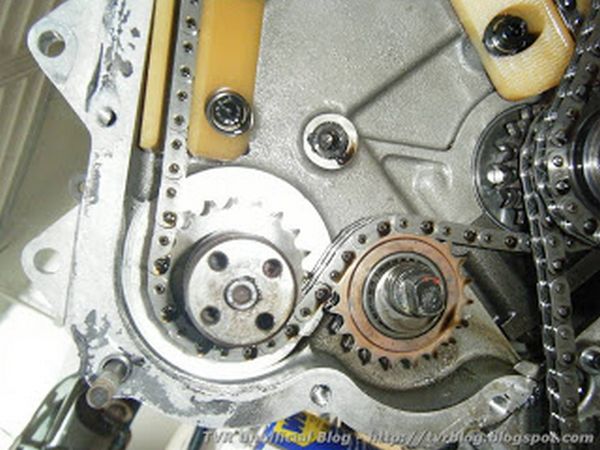 FOURTH CHAIN (image below): the last chain is driven by the free gear which is operated by the third chain and operates the two camshafts. This chain, as you can see, is governed by its stretcher (on the left) and goes through three supports (in ivory color) which avoid any waggle of the chain itself. 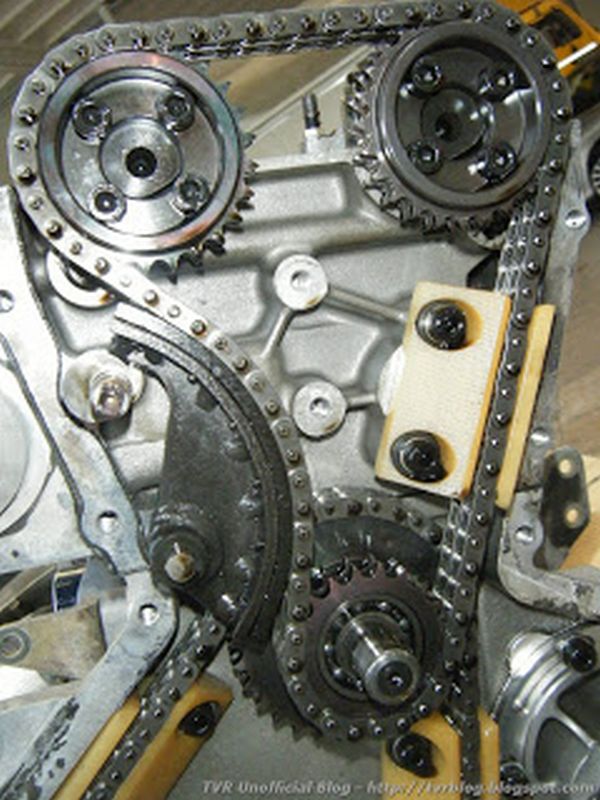 In the images below is possibile to see all the chains by side position. 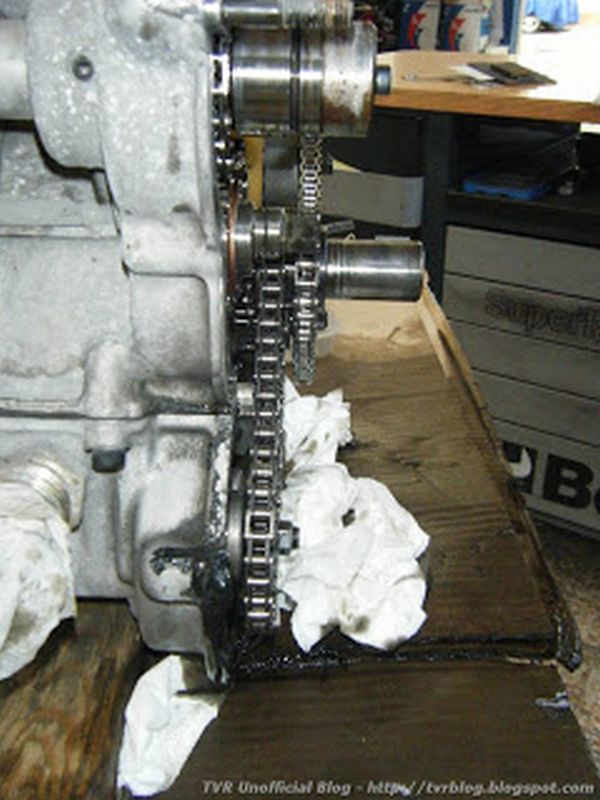 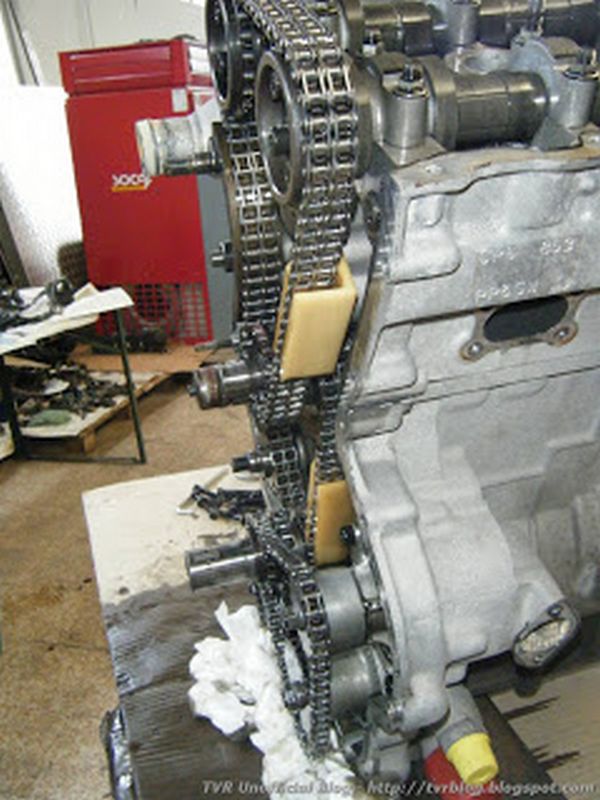