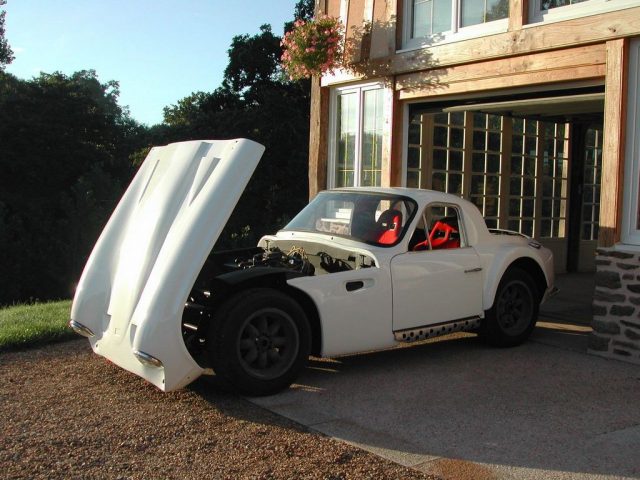 A French TVR enthusiast (who fell in love with classic TVRs during the ’90s when he was a boy) found his TVR Vixen S1 in Belgium where it finished its race carreer in a storage of a doctor. He bought it nine years ago after a race in Belgium. At that time, the car was painted with the national Belgian flag: red and yellow (the same colors of an extrordinary TVR Sagaris which has been recently purchased).

The previous owner gave him an old pic of this TVR Vixen S1 during a race in Silverstone maybe during the end of ’60s or ’70s. Of course, this French TVR enthusiast has its English original papers. He uses this car actually on the road and, of course, it’s really proud of it.

According to the official document we publish in the image below, which comes from the owner himself, this car has chassis number VX | 138 | F. Unfortunately, it’s hard to see the engine number.

This person has contacted us because he would be so happy to find people who know this car or who have seen it racing. If anyone can help us, please contact us at info@tvrblog.com. Thank you very much!