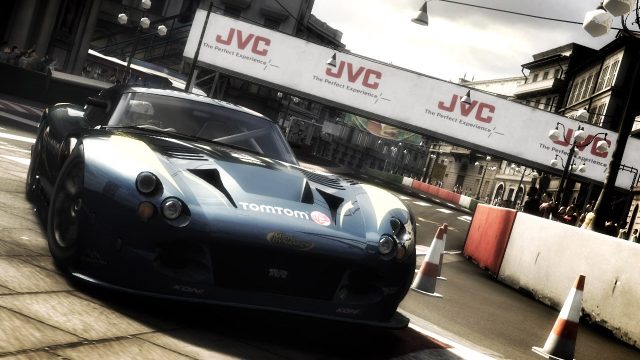 Codemasters announced the launch of the 8 Ball premium content pack for Race Driver: GRID on Xbox 360 and PS3 priced 800 MS Points and £6.29 respectively.

The Xbox 360 pack will also include four new Achievements worth 25 points each: Jack Of All Trades – Win an online race in each of the 8 Ball pack cars, Drift Master – Achieve a 99x combo in the Honda S2000, Gas Guzzler – Clock up over 250 miles in your favourite 8 Ball pack car and Clean Passing – Win a clean race in an 8 Ball Pack car from last position.

Details of downloadable content for the Games for Windows version of Race Driver: GRID will be announced shortly.