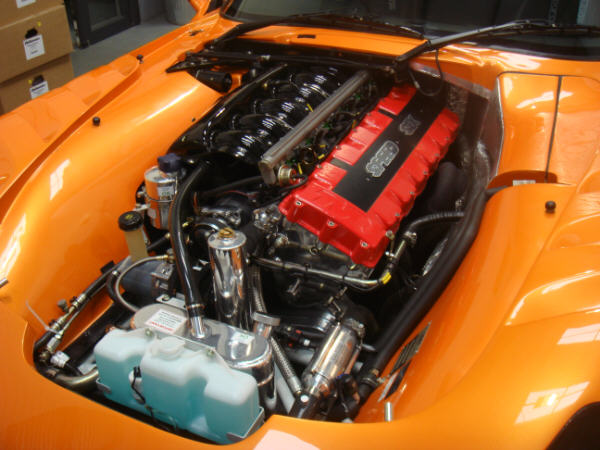 Here are some experiences and opinions picked up in Pistonheads forum regarding the famous Speed Six Engine which is installed in the TVR Cerbera Tuscan, Tamora, T350 and Sagaris (and which is doubled in the Cerbera Speed12!!!). People speak about the signs that reveal the engine needs some help and the reasons of its problems.

1) “A lot of tappet adjustment required, sadly by the time you get more clatter than normal its knackered”.

2) “The valves can also pull into the head and this means the cam to valve gap will get smaller.. so less noise. Only a strip down or tappet measure and check can prove
there are no problems”.

3) “A noisy top end, sounded like the tappets where twice as loud as normal. Result (after the head has been removed): the finger followers had worn through the hardened face which runs on the cam”.

4) “Many of the failures, regardless of whether or not they were at the top or the bottom of the engine, can be traced back to a lack of effective lubrication or cooling of the moving parts or bearings, suggesting that insufficient quantities of oil are being delivered to those areas of most stress/weakness. It cannot help in this regard, that because of the dry sump arrangement, the oil has to travel much further, and so takes much longer to reach the engine than would be the case with an integral sump. This is further compounded by the fact that many Speed 6’s sit idle for weeks, allowing any residual oil to drain from the component surfaces. It is also suggested that the oilways originally designed into the block by Mr Melling, to take oil to the top of the engine, were reduced in number, and capacity for reasons that in my opinion have never adequately been explained, when TVR productionised the engine”.

5) “In hydraulics most of the failures (more than 80% to be exact) are due to dirty (contaminated) lubricant or insufficient lubrication. It is true that the components should be of high spec but that does not help enough it the lubricant is dirty or lubrication is insufficient. What normally happens is that with the first sign of wear the particle contamination of lubricant skyrockets and all these particles are jut like grinding tools in lubrication film. With that the process of wear speeds up”.

Normal oil filters are coarse and are not able to halt these fine particles (normally under 5 micron). So if we build into a lubrication circuit a finer bypass filter with a 0.5 micron cellulose filter element that also can take water out of oil, we are filtering all these small particles that can enter the lubrication film (normally this film is 2-3 micron thick) and damage the fine surface of the engine components.