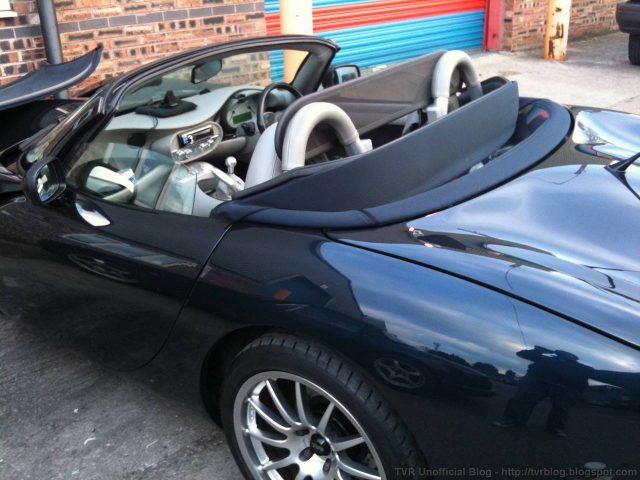 The first one, the last one, a prototype, a one of a kind. These all are great features for a car. But even for a single component because it cal tell a very particoular story which makes it unique. Like a simple draft screen on a TVR Tuscan Spider.

I used to have a TVR Chimaera and was quite keen to try to find a draft screen for it (the type of screen that you find on a Mercedes SL etc which reduces the draft on the back of your head). I never found anything for the Chimaera but when I bought my TVR Tuscan Mk2 Spider I began a new search.
I actually found one on e-bay which was a one off manufactured as a prototype for TVR but TVR had closed on the day of the scheduled test fitting of the screen. The company then sold the screen on e-bay to a TVR fan who purchsed it just in case he ever bought a Mk2 Tuscan Convertible. The TVR fan then decided to sell it as he didnt expect to have the money for a new Tuscan. Unfortunately when I found the new e-bay add it had closed unsold one day before. I made all sorts of enquiries trying to locate the seller until someone recognised his ‘nickname’ and passed on my contact details.

After several weeks of search, phone calls from America etc I finally met the seller in the UK and purchased the draft screen. I have attached a few photo’s to show that it fits perfectly. It also works well as I managed to fit it before my road trip last year to Spain.
I think that maybe it makes the back of the Tuscan look a little too busy but as its the only Mk2 Tuscan with a screen them maybe I will leave it on. [Tony, TVR Tuscan MK2 Spider]