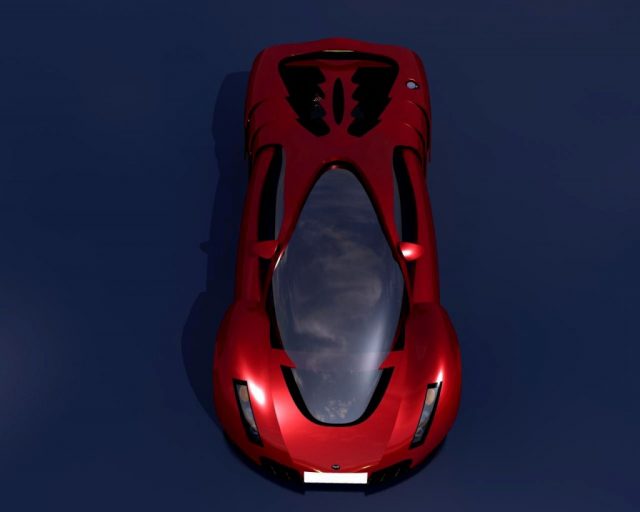 While we’re waiting with anxiety the new TVR (a Roadster car with an American front engine), here’s an interesting stuff.
If a future possible TVR would be imagined with a rear-mid engine… could it be possible? Enzo Ferrari said that the horse is always before the cart. And unless I’m wrong, neither one TVR model has ever had a rear engine. I found this rendering and I must be sincere: it caused me some “strange” feeling. But I know that for TVR tradition has always been the most important value.

Except for Lotus, the most “European” British brand, TVR became one of the top seller maybe thanks to Peter Wheeler’s ideas. TVR has always been extremely traditional: no electronic controls, tubular frames and, of course, the front engine.

Could you accept a TVR like the one in the picture? Like a McLaren F1, a Porsche Carrera GT or a Ferrari Enzo? Maybe I wouldn’t. On the other hand the TVR Cerbera Speed12 (7.7 litres, 900 kilos, more than 900 hp) has a front engine.

The last question: how would you call this car?